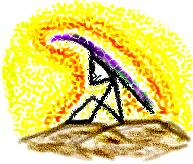 this is not a movie,
this is reality.

<table border="0" width="90%" align="center"><tr><td class="quote">Zitat:
Close-up’s Martin Carlsson leaves an exclusive report from the studio north of San Francisco where Metallica’s working on their new album "St. Anger".
I swear on the bible, on my mother’s grave or whatever - the following text is nothing less than the complete truth. This statement needs to be made, quite simply because you’re probably not going to believe me. I almost wonder if I’ve really listened to the new Metallica album "St Anger" myself, or if somebody has been playing a trick on me and played me some new, exciting aggro-band. You see, "St. Anger" is a chock, one of music history’s greatest! It is as if "Load" and "Reload" has been deleted from the map, as if the Black Album never existed, as if the Metallica we’ve come to know never really existed. The five songs (all of which are as of yet untitled but the title-track) I’ve heard exhibits a sound so EXTREME and raw that all you can do is sit there chocked with your jaw on the floor.
I’m not joking.
Twenty journalists are gathered in the control-room of the studio north of San Francisco. We get comfortable. The air is vibrating with excitement, and then? BAM!! The first song (working title: Frantic) kicks in with hypnotic, almost industrial Slayer-riffs. What the fuck is going on? "You live it or lie it", chants James Hetfield and goes on with "my lifestyle determines my death style". It is ultra-tight metalcore like it has never been performed before. Lars ulrich’s fat drum-sound is replaced with an oilrig-similar snare that’s usually reminiscent of robotic industry-metal. "Do I have the strength?", a wondering Hetfield screams in the middle of the chaos. It is a maddening Blitzkriegstrategy with attack-waves of battering riffs, attacking from every angle for five minutes and 54 seconds.
I’m not joking.
The war as just begun, and I really mean THE WAR, because this music would be the perfect soundtrack to the media coverage of the war on Iraq. The title-track blazes away with a ultra-fast bulldozermosh that leaves Max Cavalera far behind. We are talking monster-metallized punk from another planet; a twisted and overdosed Dischange just released from rehab! We are talking beyond sound-speed, especially regarding the drum-work. The double-bass pounds away mercilessly and Lars Ulrich’s use of the snare are almost -get this!- blast-beats!! It’s going to be interesting seeing him trying to repeat this live - if the dane is usually soaked from sweat and carried to the lodge after traditional concerts, then he’s going to need an oxygen-mask and hospital personnel to wake him back to life after this. Following this amazing intro comes a softer part where Hetfield sings "St. Anger around my neck, he never gets respect." This ten second long part, recurring a couple of times in the seven minute and 24 second long song, is the only part that could be classified as soft. The Producer Bob Rock (also on bass) assures me that this is the calmest, most stripped-down part on the whole album. WOW! A riff similar to "Creeping Death" follows. Hetfield howls "Fuck it all and fucking no regrets" (an exact recapitulation of the classic in "Damage Inc.". Towards the end of the song he screams "I need to set my anger free"... and this is exactly what he and Metallica does: releasing all their anger.
I’m not joking.
Song number three starts up like an updated "Ride the Lightning": MEga-fat thrash-metal in midtempo speed. The vocalist spits: "It and you can look out motherfuckers, here I come!". Sepultura’s "Roots"-era sound reminiscent in this song, with the refrain "It world" repeated again and again. Before the song ends at five minutes and 51 seconds, Hetfield shouts "enough, enough, enough"
I’m not joking.

Have you missed the complex song-structures of "And Justice for All"? Compared to this around eight minutes long piece (working title "Monster" ), the songs of the 1988 album seem more like simple Ramones’ ditties. A progressive blanket of sound that warms like a massive and super-intricate Tool, only a thousand times heavier! Hetfield chants over a delicious part that goes into what could be called a chorus with some use of fantasy: "We the people, are we the people?". This phrase is repeated two times and "some kind of monster" three times before the singer concludes "this monster lives". There is actually something here that could be called groove, not entirely unlike Pantera although vastly heavier. The guitars are so damned insane, so damned evil, so damned incredible! The fact is that there isn’t anything remotely like a traditional guitar-solo in any of these five songs. Hetfield and Kirk Hammett use their instruments like surgical tools. The guitars shrieks and scream as if Tom Morello and Kerry King made a deal and decided to take the Devil’s music not one but ten steps further.
I’m not joking.
The most wicked part is however the last, whose working-name is "All Within My Hands". A very strange piece with an instrumental intro of one minute and fifteen seconds. The tempo is ultra-fast, taking so many twists and turns that you get all dizzy. "All Within My Hands" is shouted and then sung in an Alice In Chains manner. And the ending? MAN OH MAN! Like a possessed madman Hetfield screams "Kill kill kill kill!!" ad absurdum - we’re talking deranged shrieks coming from a psychopathic Tom Araya (think Slayer’s "Kill Again" only even more insane). You’d think it was over after that. But no. It is like watching an exciting thriller with so many surprises that you finally don’t believe an ending is forthcoming. Yes, after a heavy-as-lead finale it winds down at eight minutes and 55 seconds.
I’m not joking.
20 Journalists finally leave the control-room and look at each other. No one needs say anything; the looks say it all: What in god’s name have we just experienced? That Metallica, once tired old farts, have made a complete 180, and now sound like a bunch of hormone-reeking bucks in heat, is the most incredible thing that’s happened in music history. "St. Anger" is the real "Reload". "St. Anger" doesn’t sound like anything the group has done before, it hardly even sounds like Metallica. "St. Anger" is a modern, super-brutal metal-album that is going to chock and knock the entire music world. Melodies? Nope, there’s not much here that reminds one of traditional melodies or arrangements such as verse, bridge, chorus. The 10th of June could become known as the day that shook the world. If you haven’t catched on yet:
I’m not joking.
Martin Carlsson
</td></tr></table>